In 1338 Southampton was raided by French forces, the town's defences proved inadequate, prompting Edward III to order immediate improvements to the town walls.It was not until the 1360s that substantial work began. Over the coming decades the town was entirely enclosed by a 2 km (1.25-mile) long stone wall, with 29 towers and eight gates. With the advent of gunpowder weapons in the 1360s and 1370s, Southampton was one of the first towns in England to install the new technology to existing fortifications and to build new towers specifically to house cannon.

Southampton's town walls remained an important defensive feature during the 15th century, the gatehouses sometimes being used as important civic facilities, including acting as the town's guildhall and housing the town's gaol. From the end of the 17th century their importance steadily declined and the walls were slowly demolished or adapted for other uses throughout the 18th and 19th centuries. This process continued into the early 20th century until, in the post-war years, the walls were recognised as an important historical feature of Southampton. Conservation projects have since occurred and the walls are now promoted as a tourist attraction. 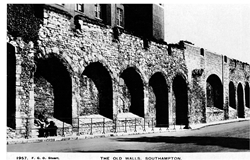 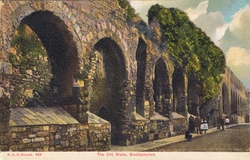 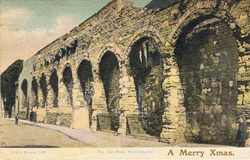 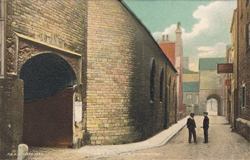 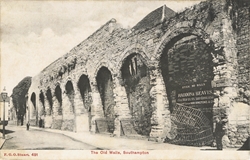 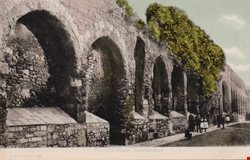 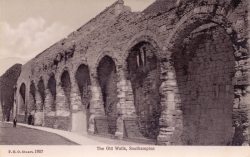 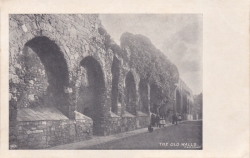 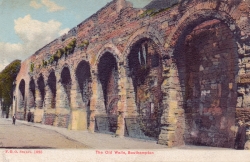 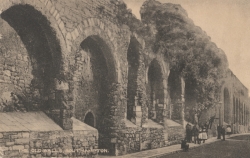